Ignoring Waterproofing Your Shower? Three Reasons On Why It’s A Bad Idea

A leaky shower is a very annoying thing to deal with. It’s one of those things that might seem harmless at the time, but the fact of the matter is that in the long-run it can cause serious damage to your shower and bathroom. Especially if you have not waterproofed your shower or bathroom.

Many people tend to ignore this important aspect in bathroom protection, which is why Proform 1 Waterproofing wants to tell you by you shouldn’t ignore waterproofing your shower.

Your tiles and grout are under threat.

The tiles and the grout in your shower is what keeps everything together. A constantly leaking shower, coupled with excess moisture and humidity, will result in your tiles and grout becoming damaged and weak. In the long run, it can become damaged, dangerous and will cost you extra in repairs.

The growing mountain of mould.

A build up of water, moisture and humidity will result in a wild growth of mould in your shower. Whether it’s the walls, the tiles, the shower tray, mould has a tendency to grow in unexpected places. The last thing you want is mould growing, infecting and spreading wildly in your shower. Waterproofing your shower will limit this.

No damages to your floors or walls.

A leaking shower will see water eventually filter through the walls and floors. This can result in the internal structure of not just your shower, but your whole bathroom becoming weaker. This can cost you some serious money to repair it if it gets to the point that it gets too weak or damaged. Waterproofing your shower will safeguard you from this threat.

When it comes to waterproofing your shower, here at Proform 1 Waterproofing, we will cover your bathroom. Why only cover one important section of your bathroom and leave the rest exposed? We don’t work that way, and with us, you’ll get complete protection in your bathroom. 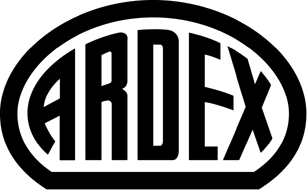